First, let me stipulate that I am NOT one of those who wants to see an earth polluted by whatever manner of trash that any business or individual wants to spew into the air, waterways and lands. I appreciate a clean environment. I do not throw trash out of my car window, dump motor oil down storm drains, nor burn plastic trash in a barrel behind my home. I even drive an electric car. This article from the Associated Press ran in our local newspaper today and is probably published in many others across the US. It reads more like mouth-breathing commentary than it does as a legitimate news story. If you are like most Americans, you will glance at the headline "'Everything is at stake' for climate", look at the pictures of a burning redwood tree, flooding of a home and a baked and cracked lake bed and assume that the earth is about to be destroyed. Then you would move on to the comics or the next meme on Instagram. Thousands of concerned politicians, lobbyists and repor
Post a Comment
Read more

Oh, what a mess we have on our hands!

Late last night, November 27, 2020, a Pennsylvania state judge ruled to halt certification of the presidential election on the grounds that massive distribution of unsolicited mail-in ballots went against the Pennsylvania constitution, which would require a constitutional amendment to make such a change. This is a HUGE development. Article II, Section 1, Clause 2 of the US Constitution provides for a Presidential election by saying “Each State Legislature shall appoint, in such Manner as the Legislature thereof may direct, a Number of Electors...”. In this case, the legislature spoke, but the legislation went against the state constitution which does not allow this type of mail-in ballot. Here's the rub... there is no court in the land which will desire to throw out the vote or to disenfranchise an entire state's balloting. In Pennsylvania's case, over 7 million votes. Legally, it could be done. If the state is unable to certify the election, the appointment of electors fa
1 comment
Read more 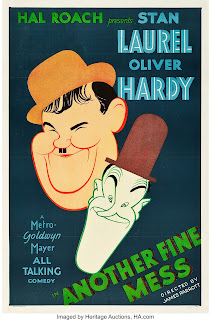 Well, here we are on the Saturday after the all-important US presidential election of 2020. On Election Day, into the wee hours of the evening, Donald Trump had it walking away. It was in the bag. States which were obviously Trump's (Florida, Georgia, North Carolina) were not called while Arizona was called early on for Biden.  We were told for months that Biden owned this election cycle. The candidate who basically hid from the public for six months was going to preside over a "Blue Wave" where the Democrats would take the Senate and further cement their lead in the House. As recently as November 2, we were told that Biden had leads in swing states from between 8 points and 17 points. As we have seen, even with massive shady ballot counting going on, Biden is leading with the narrowest of margins.  Put aside the fact that Biden is leading in the popular vote by around 4 million ballots. This is totally irrelevant. We elect a president via the Electoral College. Say what
Post a Comment
Read more

Test America Back To Work 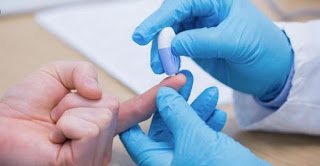 I have advocated aggressive testing over the past month, but with the recent developments where practically all states have issued stay-at-home orders, I think it is time to re-calibrate the nation's response. I call on the President and all Governors to initiate mandatory testing of all people age 16-29 to receive a serology test for the COVID-19 antibody effective immediately. This simple blood test will show whether the person tested has had the virus and recovered, or not. For those who have had the virus, the presence of antibodies in their blood indicates that they have developed an immunity to the virus. For all intents and purposes, they are now immune to COVID-19. All who test positive for the antibody will be entered into a national database by SSN. Employers and authorized users will be able to verify immunity. Additionally, the individuals will be issued a nationally recognized picture ID card. This card will certify that they can work and they can gather in grou
Post a Comment
Read more

COVID-19 - Is the cure worse than the disease? An open letter to our leaders.

In just over a month's time, this nation has gone from high-flying normalcy to a grim situation which I believe has not yet reached its nadir. The US stock market has lost one third of its value, infections and deaths from the corona-virus have increased and, at the recommendation of Federal and State authorities, massive numbers of business have essentially shut down. At least four states have declared a state of emergency whereby only critical and essential businesses may operate. I expect that many other states will soon follow. That would be a sad and irresponsible move by the governors of those states. The authorities are in a precarious position, wedged between political correctness and the inevitability of "not doing enough, soon enough". I understand this. Mass and instantaneous media makes their decisions much more difficult with pundits, frightened citizens and the toxic Twitterverse questioning their every decision and blaming them for every slip and blunde
Post a Comment
Read more

March 14, 2020
Over the past several weeks, I have been working with on learning Veeam backup solutions. Veeam's approach is a bit different and their nomenclature is much different from other backup products, perhaps owing to their European roots. They also have a confusing licensing structure. Combine the nomenclature differences, the licensing complexities and the myriad of applications it takes to run the product and it creates, to me, a steep learning curve. That said, Veeam is an effective and affordable Enterprise-grade product. I had installed Veeam Backup and Replication on a test server several months ago. After working with it for a while, I abandoned the project ("Squirrel!!!"). I came back to it a couple weeks ago and began my effort by downloading and installing the latest version. When the installation of Veeam Backup and Replication (VBR) neared completion, I got an error. It was a popup on the screen which said " Failed to create database VeeamBackup. Create
Post a Comment
Read more

ABBA and Immigration - What's the Connection? 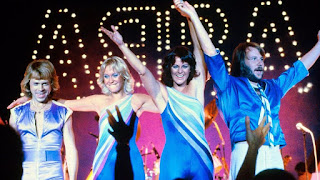 Let's say that you are a HUUUUUGE ABBA fan. You have been waiting for years for them to get back together and have one more concert. You would give just about anything to see that show. One day you find out that indeed there will be an ABBA reunion concert and that, like buying a new Tesla, the wait is years long, and it will cost you a lot of money with no guarantee that you will even get a ticket. You are depressed. People just don't understand how you feel. You are marginalized. Then you find out that there is a little hack that can get you into the concert quickly and at little cost except for time. Here's the deal: gather up a canned good and make up a great story about how everyone of your friends gave you a hard time about being a hardcore ABBA fan. That's it. Show up at the ticket window, present your can of tuna, tell them your story of woe and you are in. Would you do it? If you really, really wanted to see ABBA, you would. This is a simplification of
Post a Comment
Read more
More posts